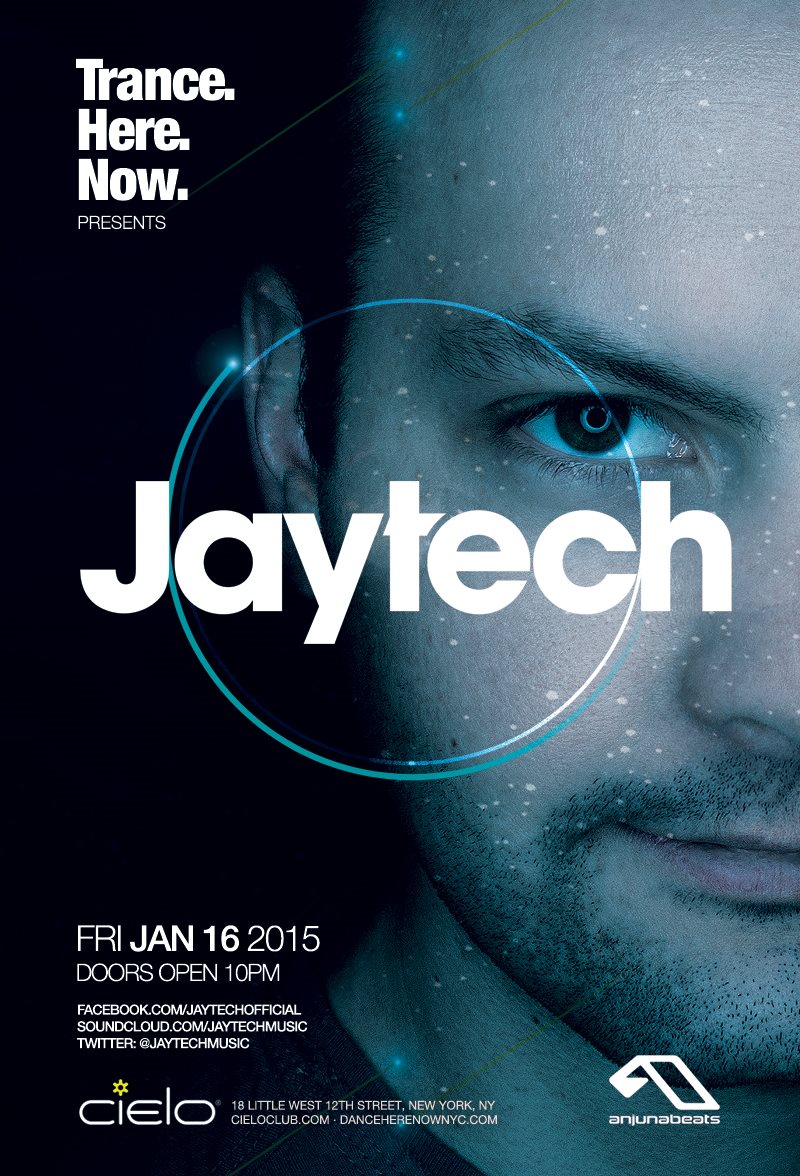 In a climate where it seems progressive trance remains to be lurking in the shadows of the increasingly popular psy- and uplifting brands, to the grooves of tech house and even techno, it’s not so often that the progressive acts get a chance to get a piece of the action.

But every now and then, TRANCE.HERE.NOW will throw a party every once and a while to remind the city of New York, just how awesome progressive can still refreshingly be. Hailing in from one of the many homes of progressive trance, or the Anjunabeats factory as most refer to it, was none other than the one and only Jaytech.

The Australian native is no mystery to the Anjunalover, following and perpetuating the success of the label established by Above & Beyond for years, since its inception in 2004. With driving, groovy basslines, punchy kicks, and melodic synths, all wrapped up in an unmistakably progressive sound without the big room fare, Jaytech’s a seemingly diamond in the rough. But his influence on the overall progressive theme on the Anjunabeats label can be heard throughout and even to this day.

From classics like Pyramid, to the more recent Stranger, from his last release album, Multiverse. Jaytech’s performance was nothing less than an Anjuna-extravaganza.

Packed in the little venue with what many regard as the best sound system out of all the clubs in the whole city, in a sort of hole-in-the-wall fashion, tucked away under the new modern high-rises of the Meat Packing District, lay Cielo. It’s a venue highly coveted as a getaway from all of the mainstream EDM that takes the decks at other New York City perennials, like Pacha or Webster and Jaytech’s performance was no different.

However, it only slightly was, and for the better. Jaytech’s performances tend to usually be short and sweet, but in a rare occurrence–and he even admitted it–he played a three hour set straight from 1AM to 4AM and despite the wee hours of the early/late morning, the crowd remained to keep Cielo packed. But the rare occurrence was what he personally described as another dream come true, to be able to play in the heart of the greatest city in the world. And I couldn’t agree any more and it’ll long be remembered as a night to never forget.

But should you have missed out on such a grand performance, Jaytech officially announced to be gaining residency status with TRANCE.HERE.NOW., which of course means, he’ll be back shortly.

So stay tuned. I can hardly wait myself.

Originally written for ENL by